Beach and Backyard Reads 2020 – May Edition 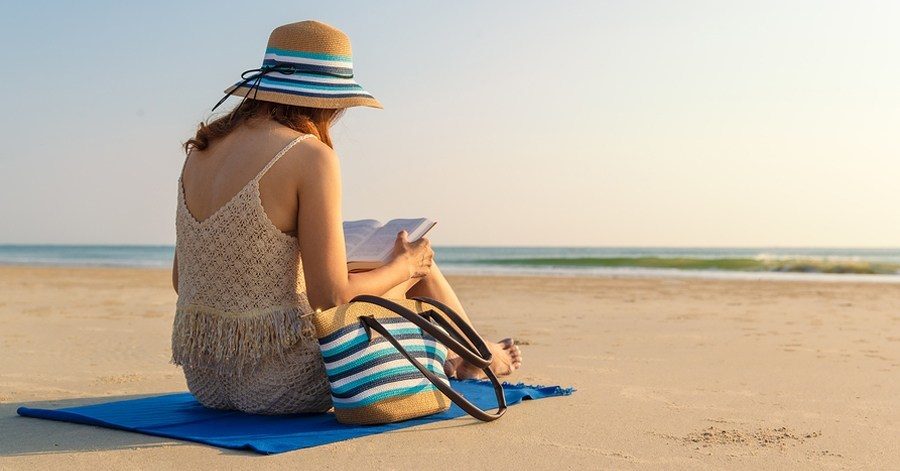 All titles listed are available for download via Live-brary.

When We Left Cuba by Chanel Cleeton

Cleeton's follow-up to her best-selling book Next Year in Havana is even more addicting—and sexy—than the first. Here we meet Beatriz, a young woman who's forced to flee Cuba with her family after Castro comes into power.

The Bookish Life of Nina Hill by Abbi Waxman

Book lovers will absolutely relate to the central character in Abbi Waxman's third novel. Nina Hill is an only child who works in a bookstore. A self-proclaimed introvert, Nina enjoys trivia and planning her entire week out in advance. Upon discovering the father she never knew has died, leaving behind new family members for Nina to get to know, all of a sudden her very structured life is turned upside down. A guy named Tom, who takes a liking to Nina but isn't well-read, further complicates things.

Speaking of Summer by Kalisha Buckhanon

It might take a few chapters before settling into Speaking of Summer, but this mysterious novel is well worth the wait. The core of the book revolves around a woman named Autumn who is consumed with searching for her missing twin sister Summer. Everyone else, including the authorities, aren't as hell-bent on finding Autumn's sibling. As a result, Autumn slowly starts to unravel, taking comfort in the wrong people and things, while coping with the recent loss of their mother.

A romance writer who no longer believes in love and a literary writer stuck in a rut engage in a summer-long challenge that may just upend everything they believe about happily ever afters.  Augustus Everett is an acclaimed author of literary fiction. January Andrews writes bestselling romance. When she pens a happily ever after, he kills off his entire cast.  They're polar opposites.

Funny, wise, and tenderhearted, Perfect Tunes explores the fault lines in our most important relationships, and asks whether dreams deferred can ever be reclaimed. It is a delightful and poignant tale of music and motherhood, ambition and com­promise—of life, in all its dissonance and harmony.

Bernadette Fox is notorious. To her Microsoft-guru husband, she's a fearlessly opinionated partner; to fellow private-school mothers in Seattle, she's a disgrace; to design mavens, she's a revolutionary architect; and to 15-year-old Bee, she is her best friend and, simply, Mom.

The Family Upstairs by Lisa Jewell

Soon after her twenty-fifth birthday, Libby Jones returns home from work to find the letter she's been waiting for her entire life. She rips it open with one driving thought: I am finally going to know who I am.

The Perfect Mother by Aimee Molloy

An addictive psychological thriller about a group of women whose lives become unexpectedly connected when one of their newborns goes missing.  A night out. A few hours of fun. That's all it was meant to be.

All Adults Here by Emma Straub

A warm, funny, and keenly perceptive novel about the life cycle of one family—as the kids become parents, grandchildren become teenagers, and a matriarch confronts the legacy of her mistakes. From the New York Times bestselling author of Modern Lovers and The Vacationers.

From the hugely talented author of Before She Knew Him comes a chilling tale of psychological suspense and an homage to the thriller genre tailor-made for fans: the story of a bookseller who finds himself at the center of an FBI investigation because a very clever killer has started using his list of fiction's most ingenious murders.

May edition (we’ll be back in July with more new books to recommend).